#findthisbitch… “Name her and shame her!” Alongside the illegally obtained and posted photo of Brittany Longoria holding up a massive leopard, recently hunted in Namibia. These were the war cries resonating around the internet a week ago.

There was also a response to the cries. “I, Brittany Longoria, am a proud hunter. You can name me, but you will not shame me.”

After a week-long digital witch hunt for “Brittany L.,” I’ve been here all along, never hiding and always willing to discuss the relevance of modern hunting. However, I will not stand for the violent, disgusting threats from the cyberbullies who cower behind the façade of their phones and computers.

I have found that hunting is a topic not to be brought up at dinner parties, just as is politics, sexual orientation, or religion. The two sides are defined by equally passionate stances. Proponents who support hunting are mostly hunters themselves, but pro-hunting people should not be limited to this classification. Pro-hunters often exaggerate the claim and tag line that #HuntingIsConservation, however, it is not so black and white. While it is true that hunting does support conservation efforts, for instance preserving wildlands that otherwise would be converted into more economically viable developments such as agriculture or grazing land, and thus increasing human-wildlife conflict, habitat degradation, and fragmentation of wildlife corridors and ecosystems services. On the other hand, the non-hunting (who I’d call neutral to the idea of hunting or folks who simply don’t really care one way or another) and the anti-hunter kind, are often sympathetic to perspectives that question the need for hunting in modern times, the welfare or suffering of the animal, and of the sickening lack of ethics of some people who call themselves a hunter showcase. The two extreme sides of this conversation are fighting from different perspectives; rigorous rationalism and soft sentimentality.

The pro-hunting arguments perspective are factual numbers, dollars, and percentages of researched statistics; all of which present beneficial results to wildlife populations, poor and rural communities, and growing economies. But let’s be very clear, hunters do not hunt to save the world. So why is the first defense of hunters to fight from the head and justify an internal passion and culture with logic? Especially, when the opposing anti-hunting side is fighting with powerful emotion and heart. These two opposing views are not even hearing each other, they are speaking different languages. Within all the noise of the two sides, the real discussion is belittled and at best trivialized. Explaining the benefits of hunting does not in any way explain why hunters hunt, and ‘why hunters hunt?’ is the question, really, that most people are asking.

For me, and many modern hunters, hunting is a spiritual experience saturated in respect. Hunters generally have special feelings towards the animals they hunt and especially dreams. Most native people believe they set up a hunt in their dreams by connecting with the animal spirits. To non-hunters, it may be surprising how many moderns, have pre-hunt dreams and visions. Such experiences are part of the awe of hunting. Unless a person has hunted he or she may not comprehend the idea of this tradition and hunter being spiritually united with one’s ancestors and environment. In the book Mediations on Hunting, Spanish philosopher Jose Ortega y Gasset says, “Life is a terrible conflict, a grandiose and atrocious confluence. Hunting submerges man deliberately in that formidable mystery and therefore contains something of religious rite and emotion in which homage is paid to what is divine, transcendent, in the laws of Nature” (106, 1995). The mystical attitude towards an animal as well as the hunting process is not different for a modern hunter than it is for an indigenous person such as an African Pygmy or Canadian Inuit. Though most hunters today have not been raised in a culture of “making sacred” and here within lies the fault; the hunter’s fault.

Some people who do not understand hunting or who are anti-hunters themselves portray nature as gentler without man than with him; and hunters as losers who enjoy killing as an entertaining sport for fun or who see animals as the butt of their ego-driven aggression. Dr. Shane Mahoney, world renowned biologist and Head of Research for the Canadian province of Newfoundland and Labrador says, “To persons who argue for animal rights, hunting is a cruel wastefulness and the hunt an anachronism, something we should have put behind us, as we have bear baiting and cock fighting” (2001). Mahoney continues about non-hunting points of view, “hunting is empty of merit, devoid of value and without deep meaning. Its [participants] are therefore the same.” The activity of hunting is personified and therein lays the public’s main target. The concept, the rich idea of hunting with honor and respect, becomes displaced in modern times.

Generally speaking, the population of hunters are male, and our culture does not make it easy for them to share their innermost thoughts and feelings. Sadly, the folklore and traditions of storytelling have been lost over time and thus, we as hunters, have lost our ability to communicate from the depths of our souls. For me, hunting is extremely emotional. The hunt (the process, not the final moments of the harvest) is emotional, it is felt, described, and acted upon differently by every person. I have witnessed hunting allow a person to become deeply moved by nature. However, this process is not exclusive to hunting. A person can become connected to nature through other means ranging from simply gardening in their backyard to mountain biking through the woods. Non-hunting people who do not become connected to nature through hunting should not discredit a hunter’s union with the natural world – and vice versa.

The profound connection between humans and the natural world is based on the level of participation and involvement within natural cycles, such as the Life/Death/Life cycle. For a moment, let’s think of a metaphor that would compare a hunter to the likes of a gardener and the practice of hunting similar to the cultivating and harvesting a vegetable garden. The garden is a concrete connection to life and death. You could even say there is a religion of garden, for it teaches profound psychological and spiritual lessons (Pinkola Estes 1992:97). In a garden we practice letting thoughts, ideas, preferences, desires, even loves, both live and die – physically and literally. As to many hunters and gardeners, the time is used for rich contemplation, quiet reflection, and composed collection of inner-self. All of this is magnified by the act of selective harvesting while being submerged in a natural setting. The act of the harvest is a mediation practice, that of skills, patience, and seeing when it is time for something to die. In a garden one can see the time come for both fruition and for dying back. In the garden one is moving with rather than against the inhalations and exhalations of the greater wild Nature. Through this mediation, we acknowledge that the Life/Death/Life cycle is a natural one. Both life-giving and death-dealing natures are waiting to be befriended, forever loved. In this process, we become like the cyclical wild (Pinkola Estes, 1992:97). Hunters and gardeners have the ability to infuse energy and strengthen life through pruning of vegetation and through mandated hunting seasons. Hunting is gardening.

“The paradoxical nature of my hunting points to similar paradoxes: the people who most love roses, who spend hours pruning them, kill them; the people who most love vegetables are those who grow, kill and eat them; the men who most love waterfowl, who adorn their den walls with paintings of ducks and geese, who study and observe them for decades, who invest in their habitat and protection, also kill and eat them. Not much different than the hunting peoples whose myths, songs, art, adornments, dance and language imitate and celebrate the sacred animals they kill. This is paradoxical only to the men and women who live from the head, suffering from centuries of separation from Nature and thus their true nature.” – Dr. Randall Eaton, 2006

My commentary should not be viewed simply as a promotion of hunting benefits, but as a promotion of the modern, soul-driven hunter who finds himself or herself deeply entangled with their own wild nature. This is the enlightened hunter who appreciates and loves the hunt and the hunted. These true hunters openly condemn anyone who doesn’t hold these beliefs and that tarnish this beautiful tradition through poaching for meat or trophy, unlawfully and/or unethically killing, and those who simply do not respect the lives they take. Those people should NOT be considered “hunters”. Again, it is the hunter’s fault that we have not communicated better with the general public. I hope that hunters from around the world hear my words and start speaking from their hearts, not their heads. The welfare of wildlife is benefited by the broadest support possible by all segments of the public (O’GARA, 1997). The collaboration of the pro-hunting and non-hunting kinds depend on need to understand each other. At the end of the day we agree on more than we disagree on. 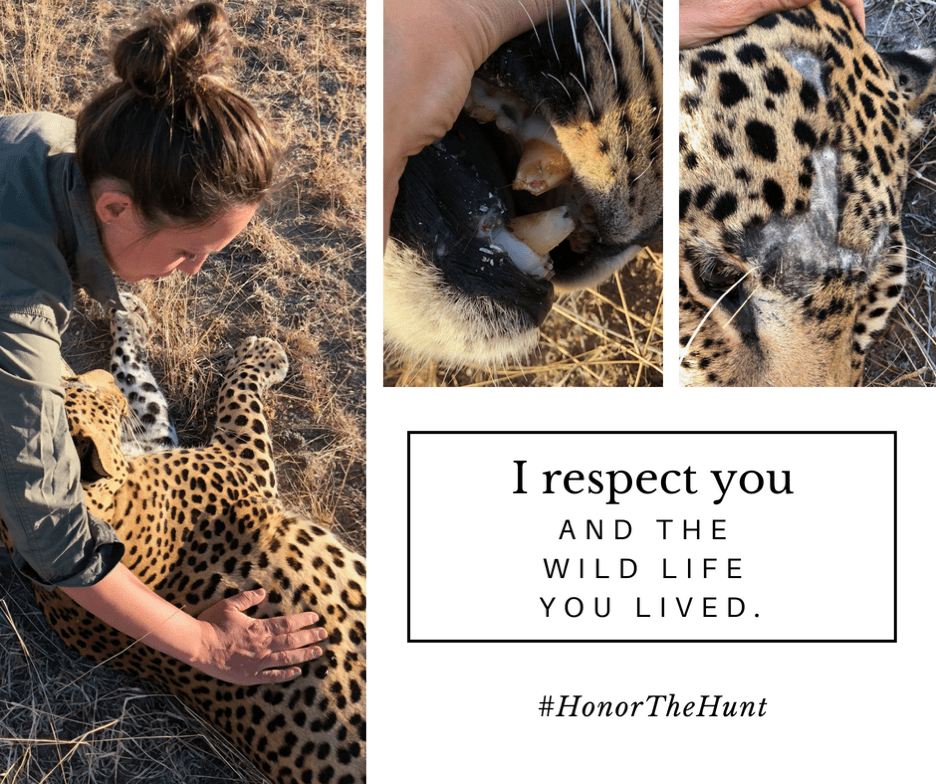