Politically, I consider myself to be a crunchy conservative.  I'm a hip home-birthing momma, right-wing nature lover, Birkenstock-wearing, concealed-handgun carrying, Yankee lady living in Texas.  Everything that I do is hard to fathom by those who live within their stereotypical boxes devoid of a liberal and open mind.  One of these paradoxes that many non-hunters have a hard time with is that "I'm a hunter and a conservationist."  I've seen so many hunters use this phrase as a quick justification, a knee-jerk defense, and reason of "why" they hunt.  But does it answer the question?

On the one hand, we often hear large hunter advocacy organizations saying, "That without us hunting animals, they would go extinct."  However, on the other hand, this means an animal's life has an associated price tag acquainted with their worth.  That black and white concept is just so far removed from the reasons why I hunt.  Although valid, if the animal has a monetary value, the land on which it lives will be conserved, and the survival of the species and other flora and fauna will be protected.  The public's confusion over the controversy raises questions about whether one can justify the killing of an animal for the greater good of the species.  The query is of ethics and practices, not dollars and cents.  The non-hunting public is asking about the gray-area motivations, inner emotions, and qualitative reasons of why we hunt, and the hunters are answering them with quoted facts, figures, and quantitative defenses.

Those with a passion for the hunt, also have a passion for protecting — but we must articulate this better to the public, not through facts and figures, but our ethics, inside stories, and love for all things wild. The hunter that serves as the best example (and often misunderstood) patriarch of wildlife conservation, in my opinion, is President Theodore Roosevelt.  In the early 1900s, Roosevelt and famous naturalist and vocal anti-hunting critic, John Muir, sat around a campfire in Yosemite.

Many historians believe this meeting inspired Roosevelt's aggressive approach to protecting American landscapes and wildlife treasures for future generations. "Muir and Roosevelt had spirited debates on [hunting], but their common love for the natural world moved them beyond these differences to become the original architects of America's conservation legacy," said Brian Yablonski, Chairman of Florida Fish and Wildlife Conservation Commission (2015). It is fortunate that Muir recognized and accepted the hunter-conservationist enigma so profoundly personified by Roosevelt.

In today’s international conservation debates, both hunters and environmentalists alike can learn a lot from the excellent example set by this  somewhat surprising tandem.  We all need to be more willing to share a campfire and tell our stories with those who think differently about wildlife conservation, focusing on our ethos and common ground. Our future generations depend on our ability to communicate that the catchall phrase of "hunters are conservationists" is not so black and white. 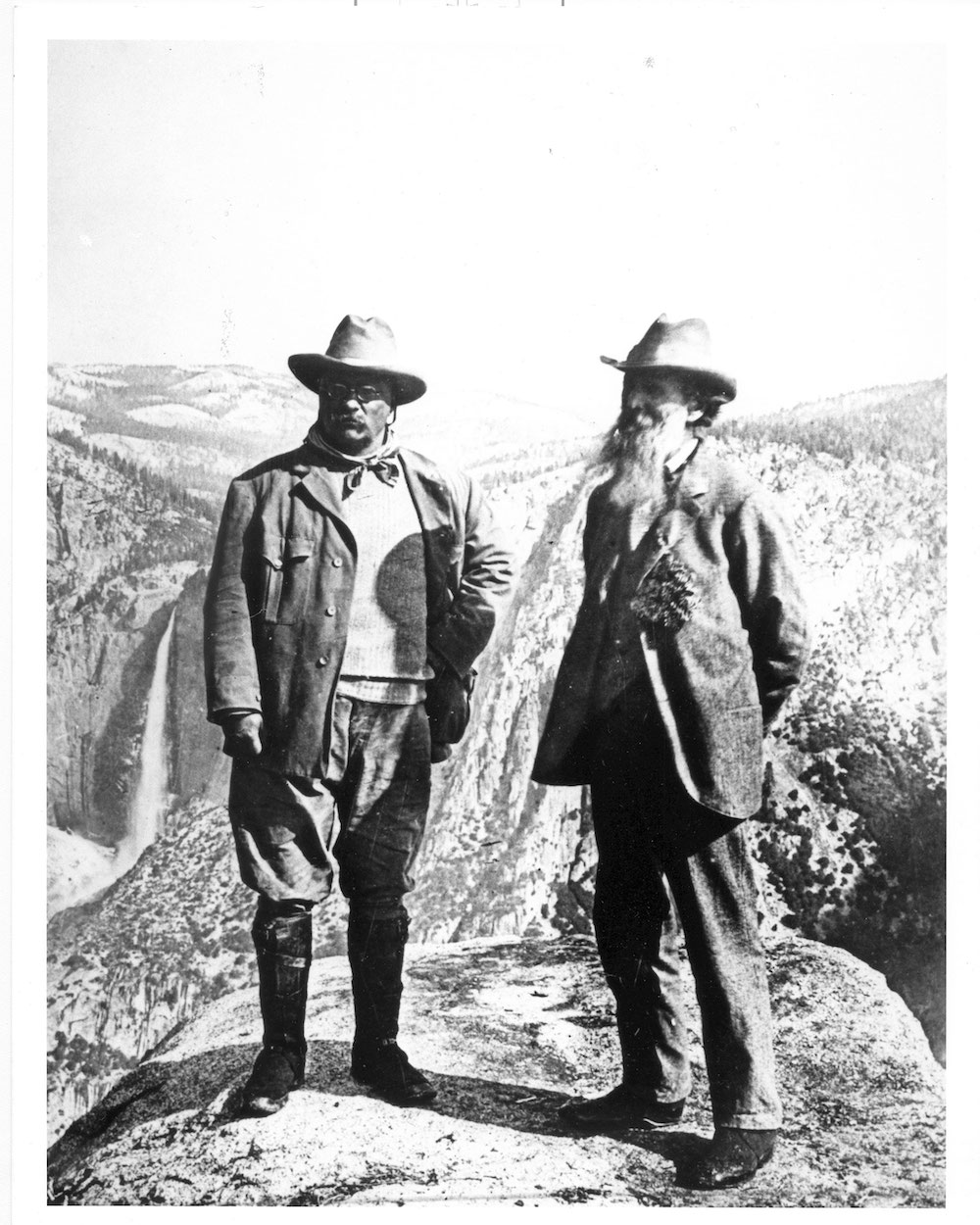